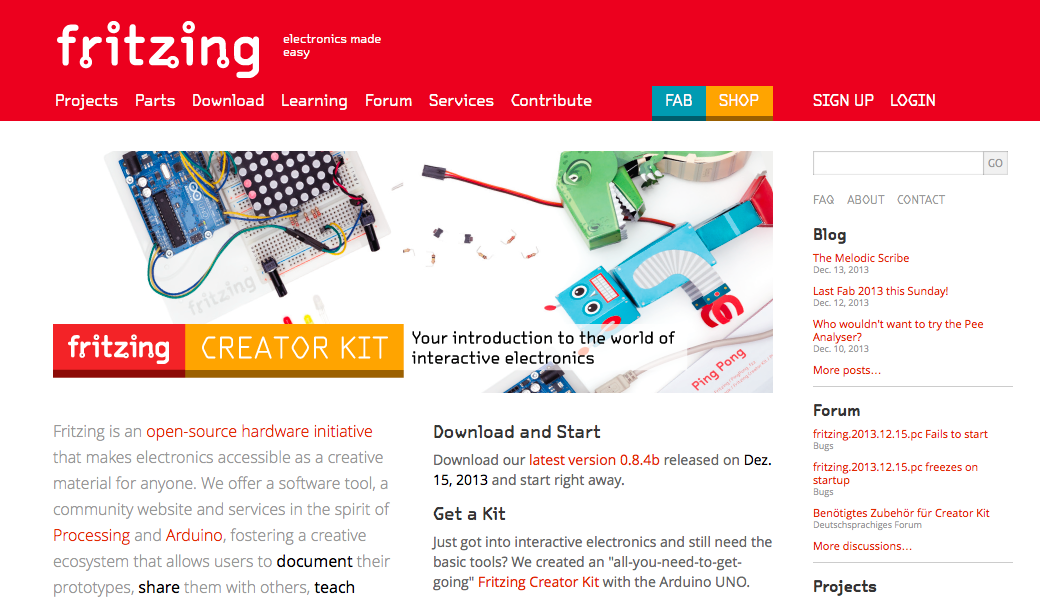 Good news! We have updated the Fritzing website and made it look nice and shiny. And even better: You can now also check out the brand new Fritzing 0.8.5b, released on Dez. 15, 2013.

Here is a list of changes to the new release:

This is a high-level summary of changes between each release. If you’re interested in the detailed changes, take a look at the individual code changes.

We have some exciting news for our beloved fab service users! 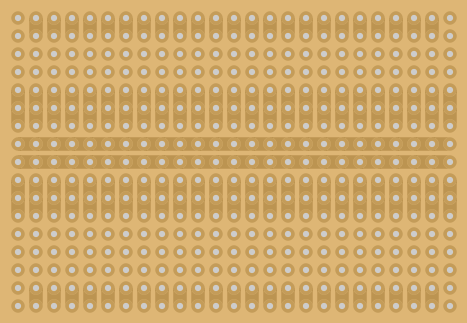 Well, almost 1000–certainly 900+. The image above is just a small fraction of the set of new parts available in Fritzing 0.8.1. The parts all come originally from the open source SparkFun Eagle Library (thank you SparkFun!) and the conversion was carried out partly by program, and partly by hand. You can thank our illustrator Fabian for so many beautiful breadboard view images. This new heatsink is one of my favorites:

Originally we intended to ship these parts with a new Parts Bin UI to make it easier to navigate through them all. Alas, the Fritzing project being perpetually undermanned–and the demand for these parts being so high–we decided to put off the UI work until later. So the new parts simply arrive in nine shiny new Parts Bin containers, with nine new tabs to click in the Parts Bin window. Another shortcoming is that the new parts have not been completely integrated (from a database point-of-view), so part-swapping is mostly not possible between core parts and the new parts.

But we have a good workaround for these missing features. The Parts Bin search function (the topmost tab in the Parts Bin window) is quite effective for finding parts, especially since we have added a new ‘and’ search. Just separate the terms with spaces; the image below shows an ‘and’ search for parts matching both ‘db’ and ‘25’.

The other goal we didn’t reach in this release was to enforce a single schematic-view image standard (based on a 0.1 inch grid), instead of the current hodge-podge (the majority based on a 7.5mm grid). The new parts all use the new standard, and we plan to convert the rest of the core parts in the next release or so. In the image below, examples from the old ‘standard’ are on the left, examples of the the new standard are on the right (the image is zoomed to 200%).

Despite the work we left unfinished, the addition of a thousand new parts is quite a big step forward for Fritzing. We hope you find these parts as useful as we already have.