Tinkercup is a coffee cup connected to the internet that shows the user the temperature of his cup and how many cups he is drinking per day. The project was created by our colleagues at IXDS for the fresh German edition of WIRED. <% include picture.html class="alignnone size-full wp-image-1313" img="tinkercup-wired" ext="jpg" alt="tinkercup-wired" width="768" height="768" %> You can build your own Tinkercup with the kit that’s available now from Tinkersoup Berlin for 39,90 € -- including the Spark Core. The latest issue of WIRED also features an interview about IoT and the Tinkercup with the founder of IXDS, Reto Wettach and managing partner Nancy Birkhölzer. Get yours, connect it, drink coffee and share your temperature with other - and most importantly, start tinkering!

Another great use of shields for creative electronics especially for  offices and shared flats is the toilet hack that we created during an internal hackathon event at the office. 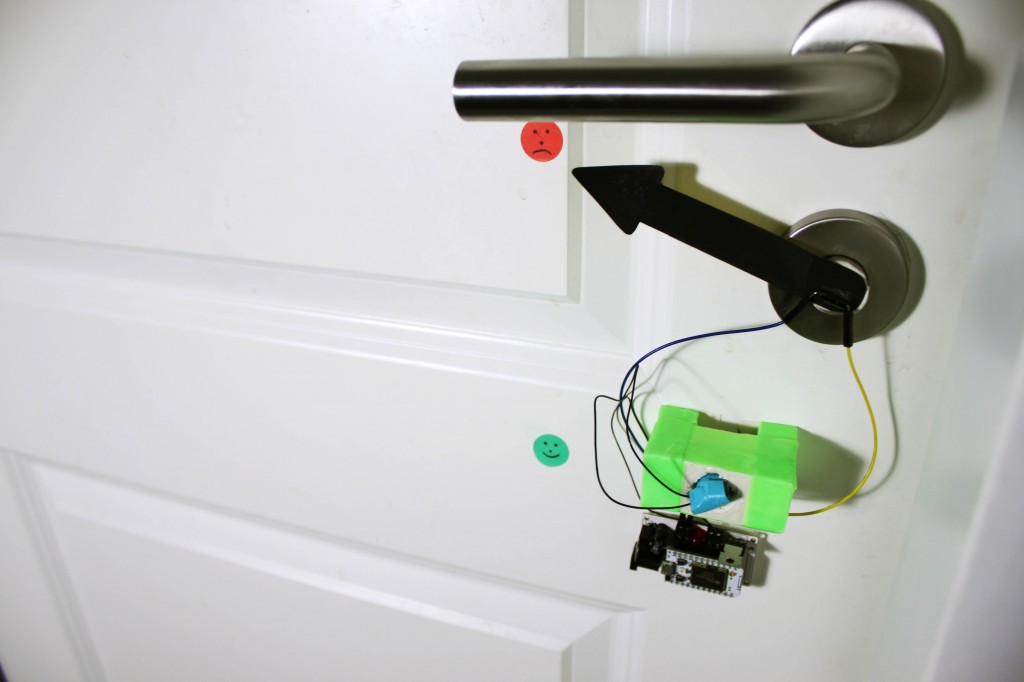 Well, it most certainly is very useful: who doesn’t know the situation when you really need the toilet only to find that it is - occupied. Again. But those times are over now. Your mobile phone becomes even more useful and indispensable as the toilet hack app enables you at any given time to see right from your seat if the toilet is occupied or not. If your workmate is taking too long, just use the app and the toilet hack knocks the door for you. 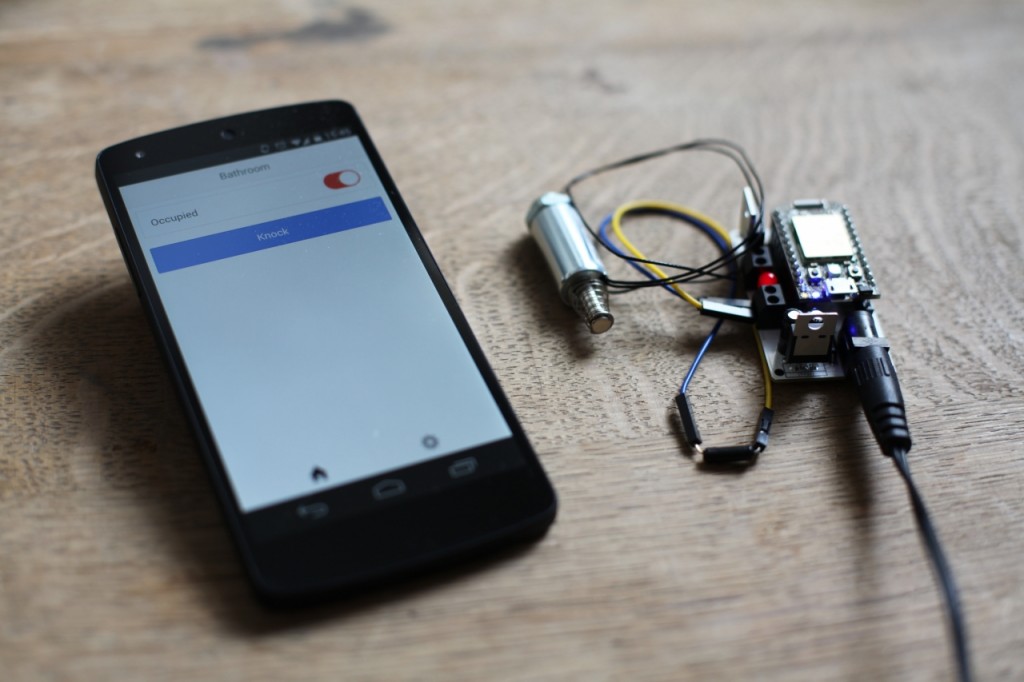 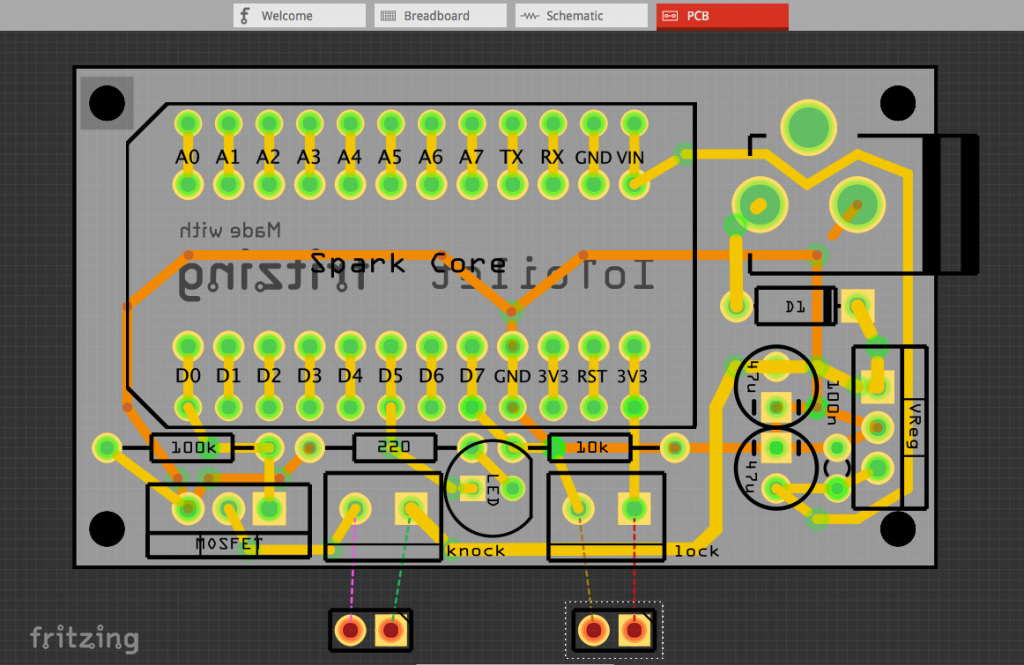 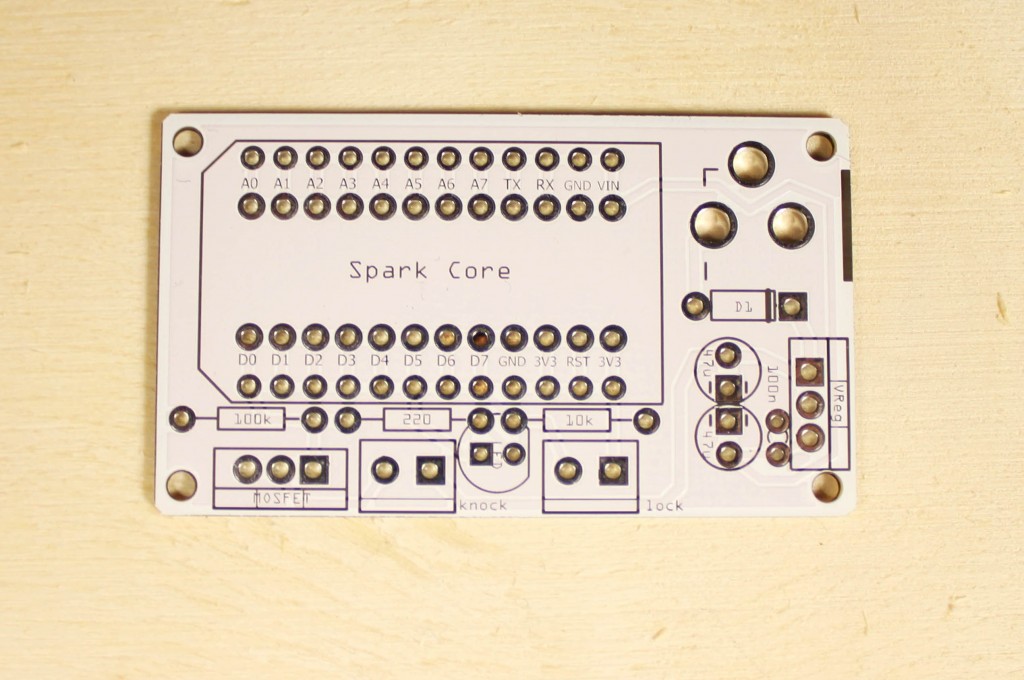 What is needed to bring it to life? Use the Spark Core Microcontroller and the according shield made by us. Further ingredients are: some cables, a tilt sensor, a little solenoid motor and something to hold the motor.

Attach the tilt sensor to the shield where it says lock and the motor where it says knock. Then just get creative and build something to hold the motor in place to knock at the door; we used a styrofoam block for it, made a hole for the motor and just taped it to the door.

Find all source files in the project gallery!

Hey hackers, engineers and designers! Your chance to WIN A TRIP TO SPACE!

The Hackaday Prize from Hackaday on Vimeo.

The DIY page Hackaday.io offers a maker competition where you can actually win a trip to space (or take the cash option of nearly $200,000 instead)! Even if you don’t win the Grand Prize, to be left with a milling machine, 3D printer, a flight to Japan or or or is not too bad either.

But what do you actually have to do? The hackaday guys wondered about that too: „We’ve been vague up to this point on purpose, because spouting specific categorization stifles creativity. We want you to Build the Future — not fit inside of a tiny box made of disqualifying restraints.“ So your official task is to build the next evolution of hardware.

Heat up your soldering iron and start hacking! 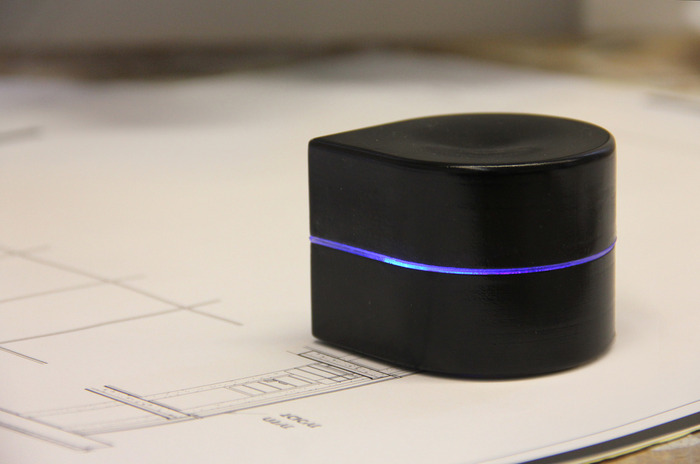 Ever needed to print out that one document very urgently but a printer was nowhere near to be seen? No more hectically running around to find the closest copy shop because here it is: a tiny mobile print robot! Yay! Finally.

Unsurprisingly it is not (yet) as fast as your average giant home printer and the resolution of 96 x 192 dpi has still room for improvement but this is a promising start.

To use it, you simply place it on a sheet of paper with the tip pointing at the spot where it should start the printing process. It will then roll over the paper by the help of a wheel system.

Even without mobile use I’d be happy to call that little printer my own - who wants those big and ugly printers anymore, filling up our rooms, constantly getting clogged with dust far too quickly and going haywire way too soon and too often? And those cables! 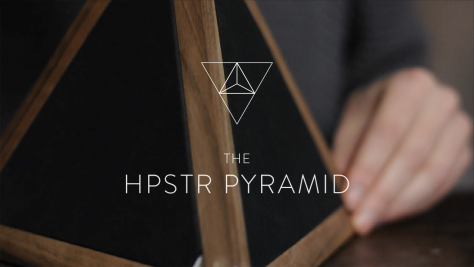