Confession - I hate huge electronics stores. You can find everything there, but there’s one big catch: the people at these kinds of stores are usually unhelpful and mean.* On my first electronics store adventure I didn’t have a perfectly detailed list of what I needed and it ended something like this: I almost cried,** left in a rage, and questioned my Arduino abilities.

When I signed up to attend Open Tech School’s Physical Computing Club 1.0 I had instant nightmares of the electronics store. The computing club session was about audio and Open Tech School hosted it at the FabLab in Berlin. I thought that I needed all new components and imagined myself walking through each unmarked aisle staring - eyes glazed - at thousands of not-quite-right tiny electronics. 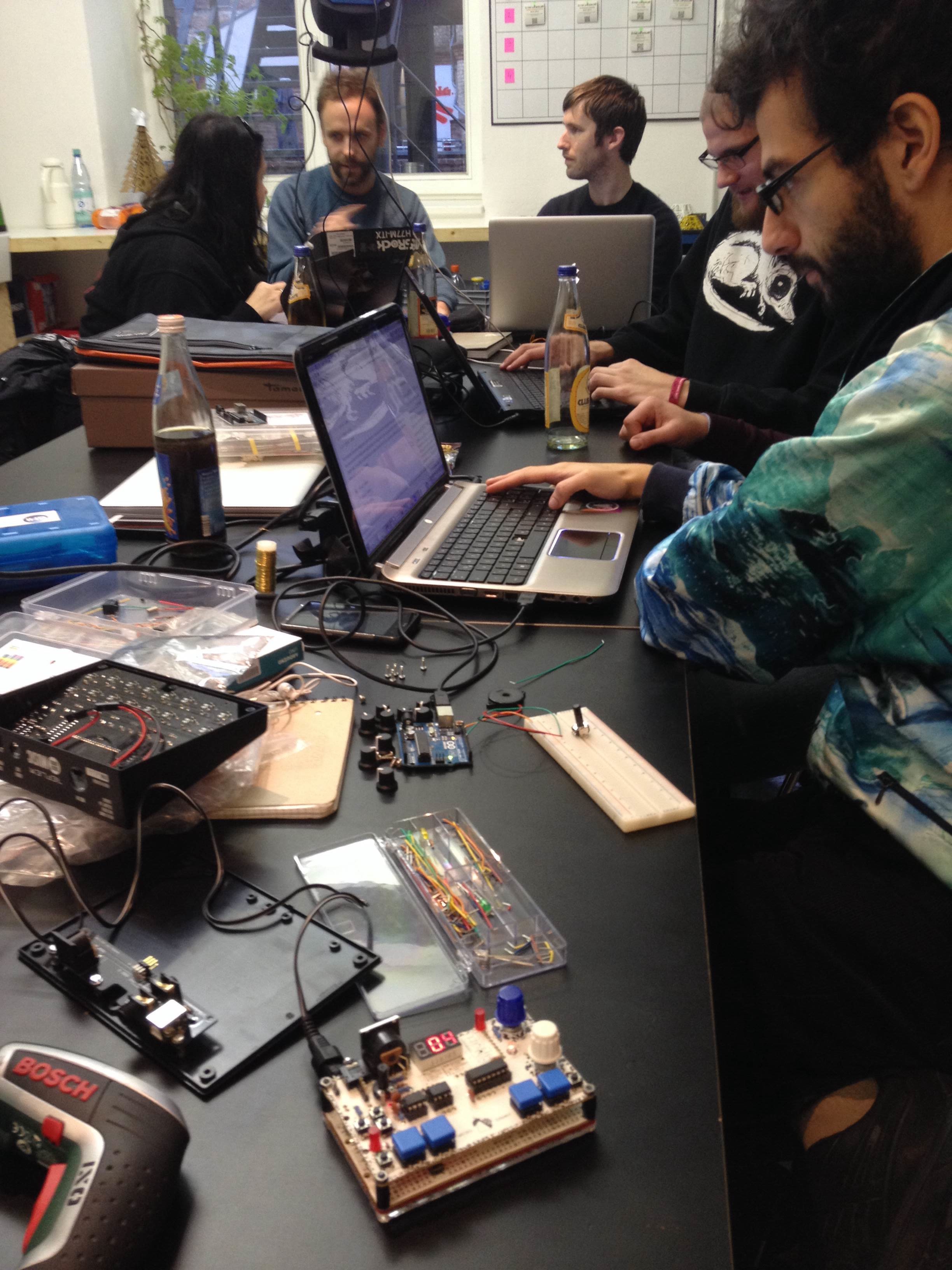 Instead of facing fear head-on, I ignored the store and woke up on Sunday with no new parts in my toolkit. Slightly worried, I blindly chucked my Fritzing Creator Kit and computer in my bag and headed off toward the meetup.

I flipped through the Creator Kit book for ‘audio’ and found an activity within a minute. I felt immense victory:

I imagined all the parts that I didn’t have and an electronics expert patronizingly waving an “I told you so” finger at me. I persevered and started assembling the project.

To my surprise, all the supplies were in the kit. All of them! 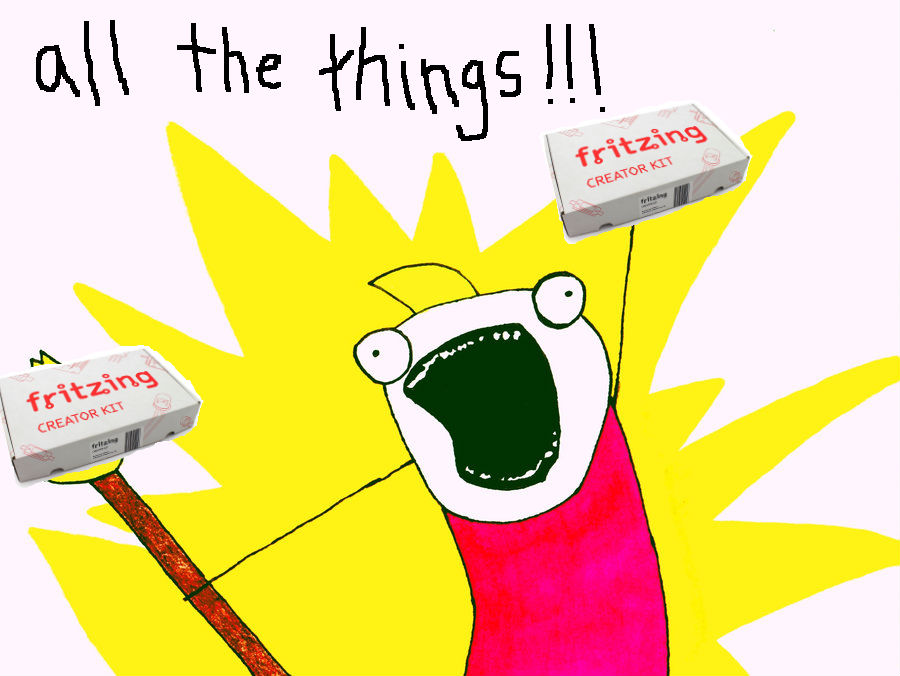 I was ready to go. With the book in my lap, the Fritzing sketch on my screen, I came up with this set-up in about 10 minutes: 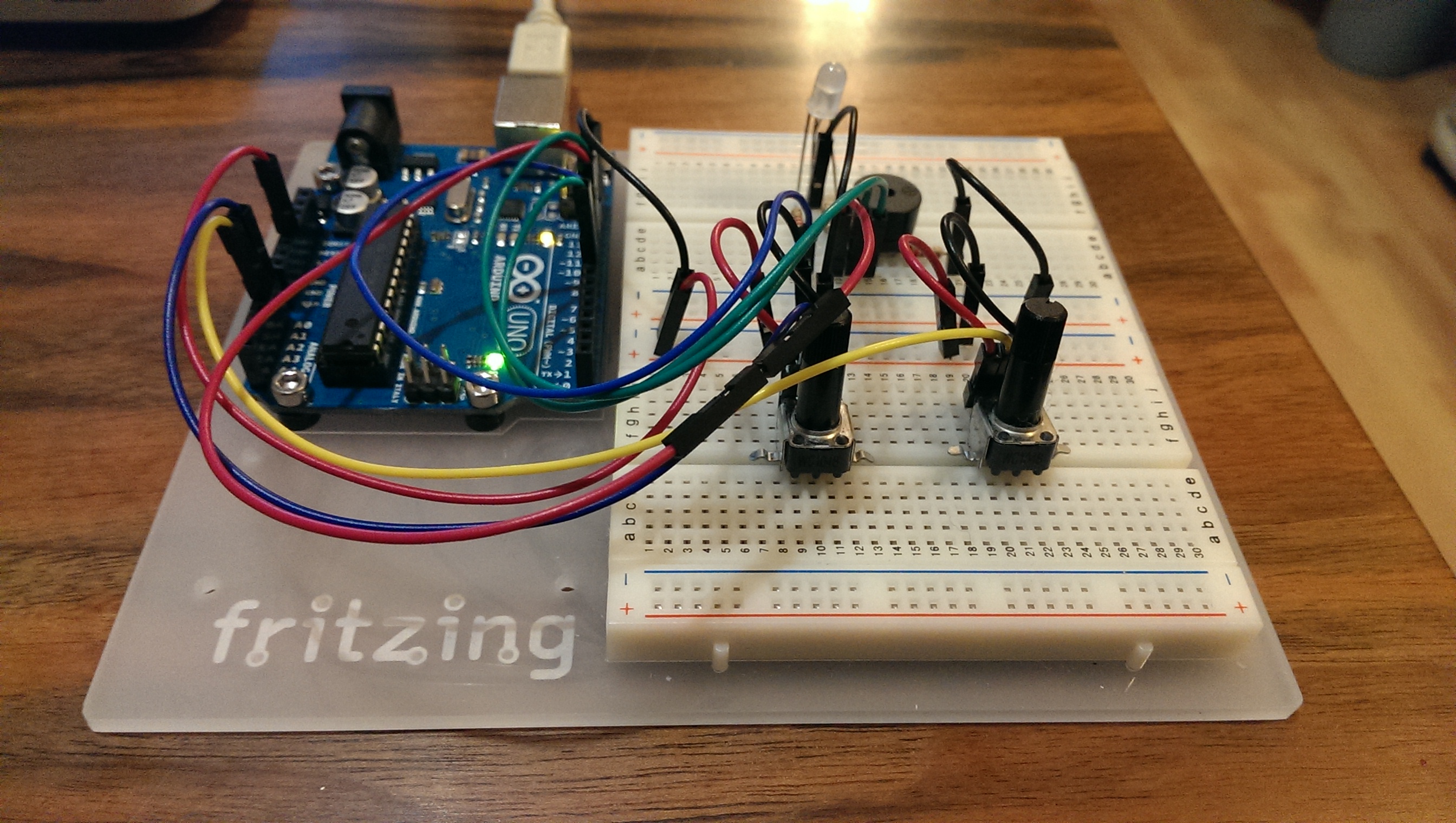 Two potentiometers and a Piezo

Then the fun part began. I used the potentiometers to alter the tone of the sound and the frequency that the tone played. The result was quick and rewarding: 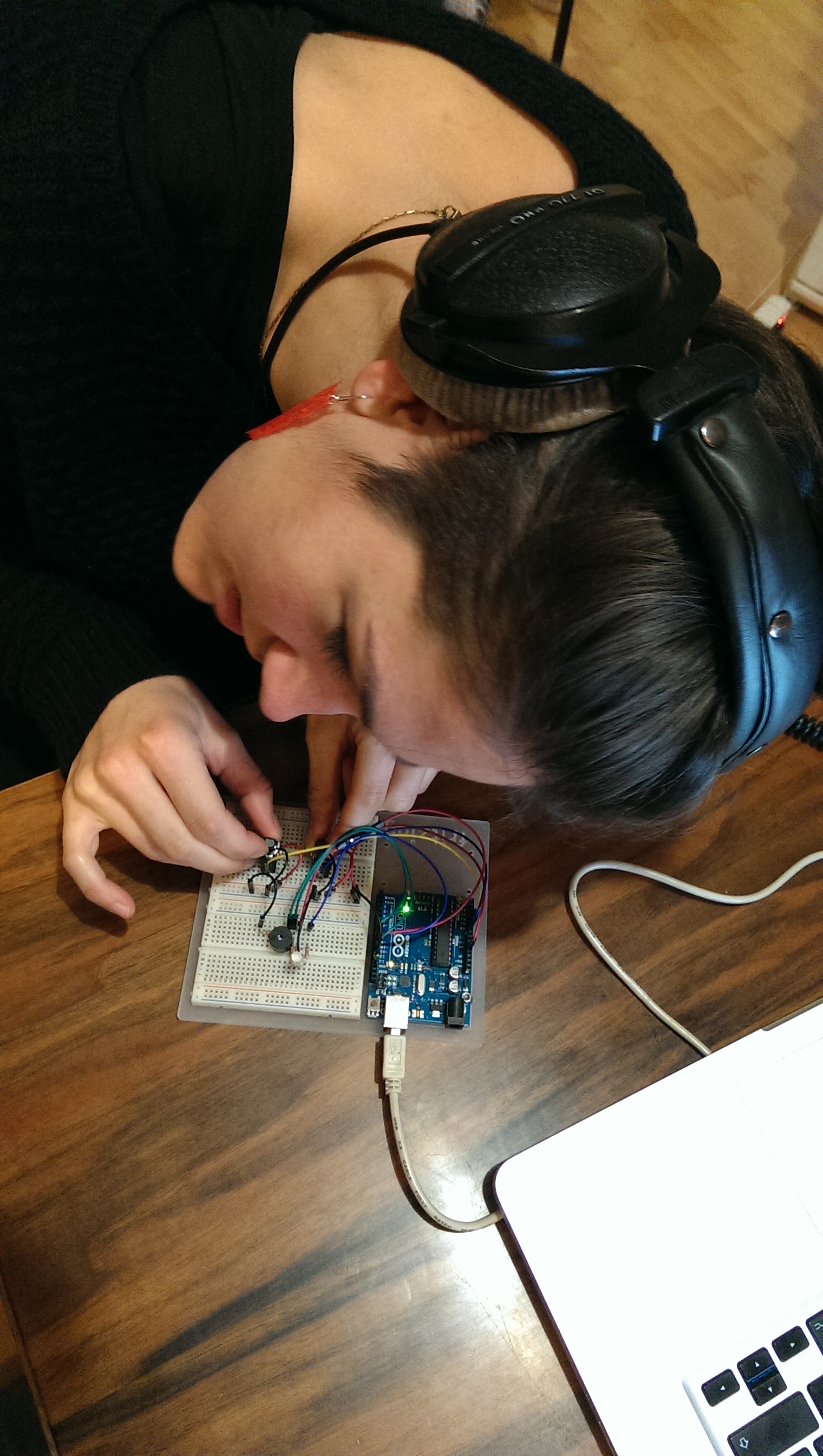 Me as a professional DJ

*Mad props to the nice old man who always smiles and is patient with me. There is good in the world, after all.

You can learn more about Open Tech School and Physical Computing Club at https://www.physicalcomputingclub.org and follow them on Twitter at @PhysCompClub and @OTS_BLN.