We thought we should delight our readers a little by showing some dainties of creative electronics. Yummy. 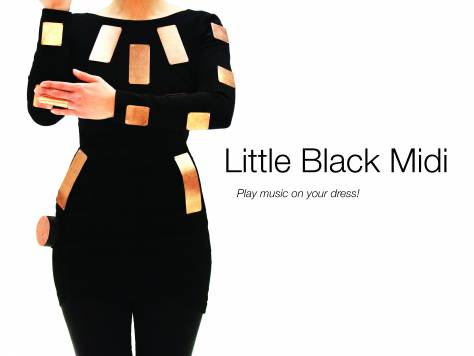 This week we want to start with the awesome Little Black Midi.

The Little Black Midi is a dress for singers and instrumentalists performing on stage. Equipped with copper plates, it will activate midi samples being played when the singer touches the plates with his/her copper ring. The dress enables the musician to combine singing, making music as well as dancing while being on stage.

The Little Black Midi was developed by Naomi Knopf while doing a class on musical interfaces held by Stefan Hermann in 2012/13 at the FH Potsdam.

Here you can see her performing a song with the dress:

The dress was realized with the Arduino software, a teensy, the Ableton programme and a lot of patience and trial and error. Congratulations on the dress, Naomi!