Today, we got a visitor in the Fritzing Lab: Our neighbour, Charles Oleg, came by to show us his new creation. Charles is working on a project to bring more light into his flat by using a rotating mirror system.

This system includes, besides two mirrors to reflect the sunlight, also some planetary gears driven by a 1 to 10 Watt motor. The system knows its position  via GPS signal as well as the current position of the sun and can move accordingly.

Charles showed us two of his planetary gear prototypes: one was laser-cutted and one was 3D-printed out of PLA. 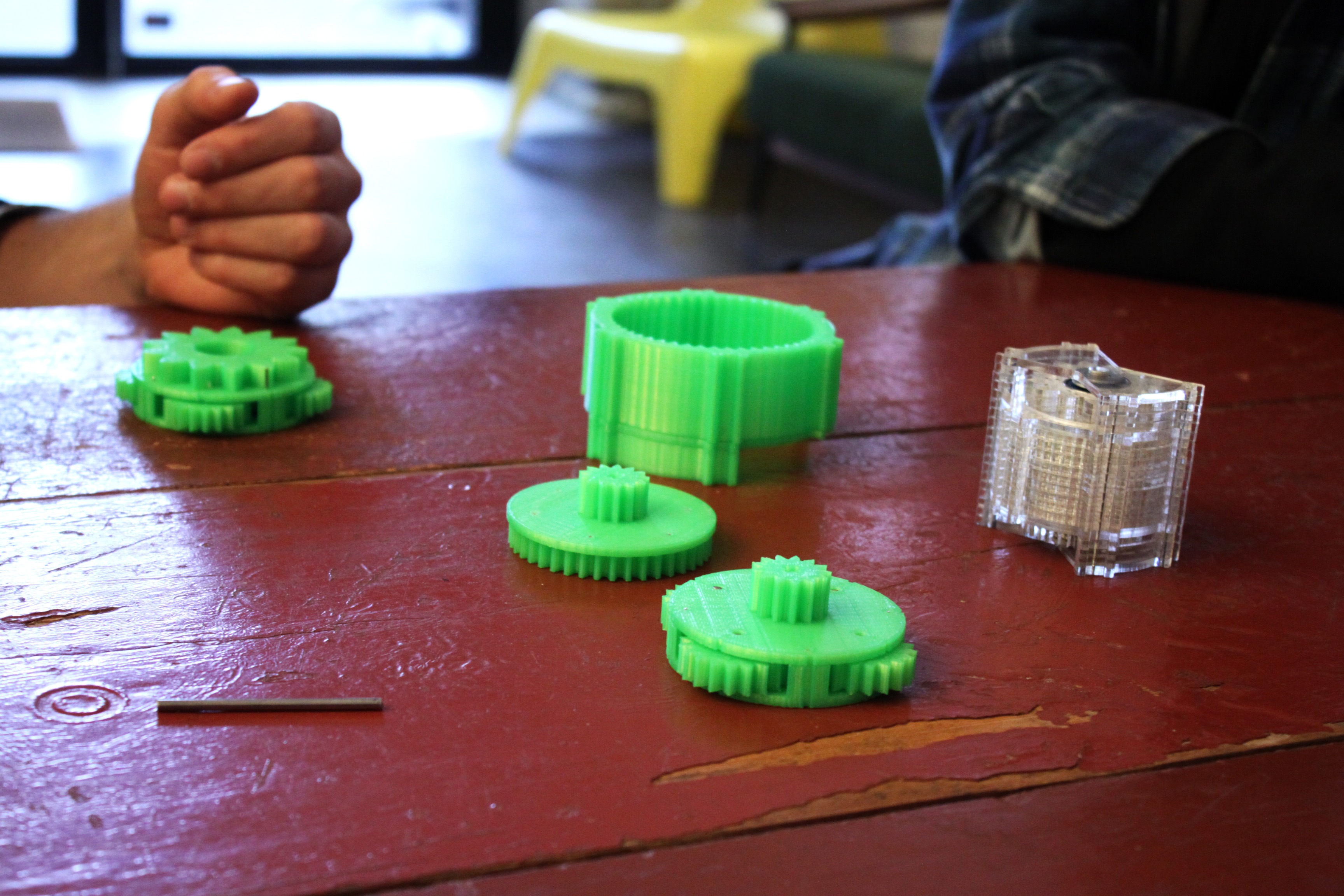 He told us that those kinds of systems that track the position of the sun and move corresponding to it to receive as much sunlight as possible are currently used in solar parks  as well as in telescopes. These are large projects with huge gear-wheels, whereas Charles aims at making his lighting system affordable and open source - so that everybody can use it.

Charles scripted the gear-wheels in python and has uploaded it on GitHub. So if you want to build your own solar light system, check out his blog or his GitHub folder. 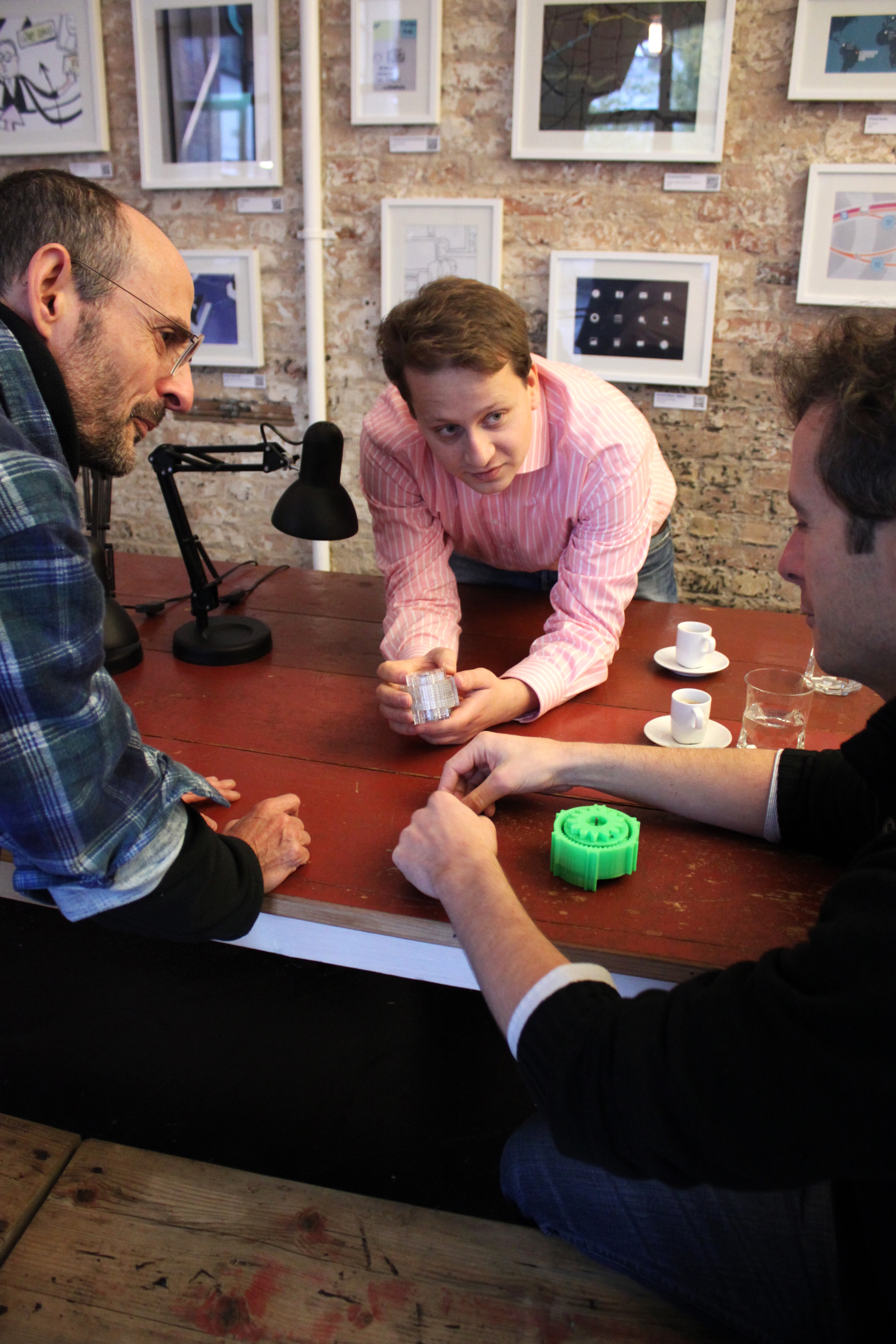 Here you can find some more pictures of the gear-wheels.