"It was the hardest thing I’ve ever done, and I’ve done some pretty difficult things, like military service." - Stefan, Fritzing Coordinator, on working with kids.

When you are little, you don’t want to wait. You want to cut up some paper and glue it to the moon. You want to get your hands dirty. You want to (with a little assistance, maybe) make a light blink, attach it to a CO2 sensor, put it inside a balloon full of helium, and send it into the sky. That way you can figure out how much CO2 those big cars are coughing out.

I had the chance to do some heavy learning over the weekend as a mentor for children’s workshops, so I saw kids’ impatience firsthand. Hackidemia organized the workshops during the Singularity University EU Summit in Budapest, with the goal of bringing the possibilities of complex technology to children. The Creator Kit has a similar goal, to bring Arduino and electronics to children. The topics are tough, though!

My main takeaway was that teaching kids can be more complex than the technology. Here I outline some of my issues and provide some tips that you can use while using the Creator Kit with your family.

Using the Creator Kit with Your Kids

During the Air Pollution Workshop, I saw that one of the main barriers to teaching youth was keeping their attention. If you asked me to explain something, chances were that I’d quickly slip into my natural tendency toward dry, theoretical, and factual information (in lots of detail). Long story short: that didn’t work so well with 10 year olds. I got this look:

And I noticed over at the next table the mentor Clément got these looks:

What was he doing differently? What can you do differently when you play with children and the Creator Kit?

So you want to get the idea of an Arduino across. Ok, how about forgetting about the pins for the time being, and instead making a diagram like this. Extra kudos if you make the diagram on the spot and say a couple of words about each piece along the way.

Imagine you are at a cocktail party. To learn about another guest, you probably wouldn’t say, “Tell me everything about you, ordered by year, and please do not stop talking for at least 45 minutes. I do not want the chance to add anything, discuss anything, or ask you any questions.” Nope - instead you would probably ask a series of questions, which lead you to an enjoyable exchange where the person felt like they could express themselves.

Let’s apply this to children. Put the tools in their hands and ask them questions about it. Let them ask you questions. When they answer your questions about the Creator Kit, they are learning by doing and answering.

Do you think there is more CO2 in the air at street level or at the top of a building? If you make it to Mars, what will you have to take with you from Earth? Oh, so you say you want to be a lawyer when you grow up? Well, ever consider being a lawyer for robots?

Our friends from the REMAKE Festival in Belgrade are organising it this year in Berlin and we are offering a workshop as part of the program for people who want to get started with electronics: Introduction to Interactive Electronics.

This workshop, aimed at beginners, shows the basics of ‘Physical Computing‘ with the Arduino microcontroller in the Fritzing framework. No prior knowledge is required, but it usually helps to know a little programming. If interested, please send your mini bio and motivational letter to: [email protected] gmail.com 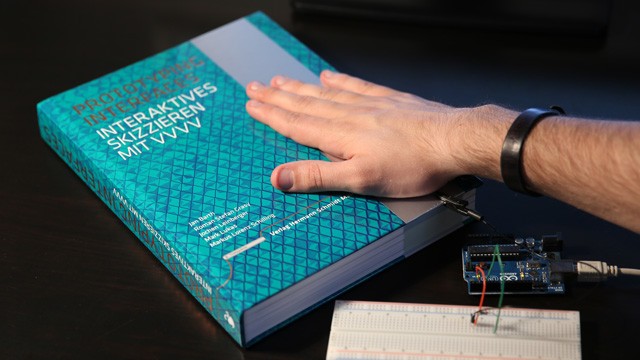 We just got a note from Mark Lukas about the release of their book Prototyping Interfaces that teaches and showcases how to build interactive things with vvvv and Arduino. They used lots of Fritzing sketches to illustrate their examples. A really nice idea is that they turned the book cover into a capacitive sensor. It’s all in German, but I assume an English version will follow soon.

Find out more at https://prototypinginterfaces.com 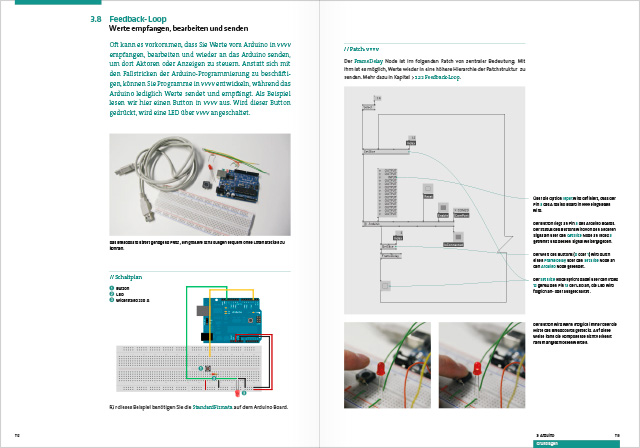 For all of you who want to work creatively with technology – the BA-course Interface Design at the FH Potsdam is the right place! Time for application ends April 1st!