2013 rings in a new Fritzing autorouter. Here are the before-and-after pictures: 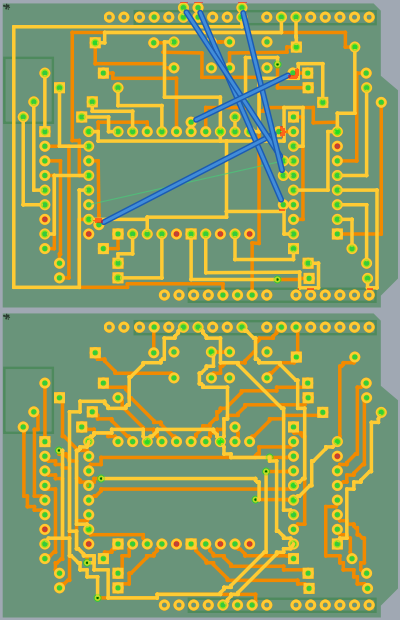 For the cognoscenti out there, the new version is an A* maze router with rip-up-and-reroute. In practice (and compared with the old autorouter) this means:

As an extra holiday bonus–and because the DRC and autorouter no longer depend on straight lines–curvy wires are now enabled in PCB and schematic view. Here is a hand-routed example (at least for now, the autorouter can only use straight lines): 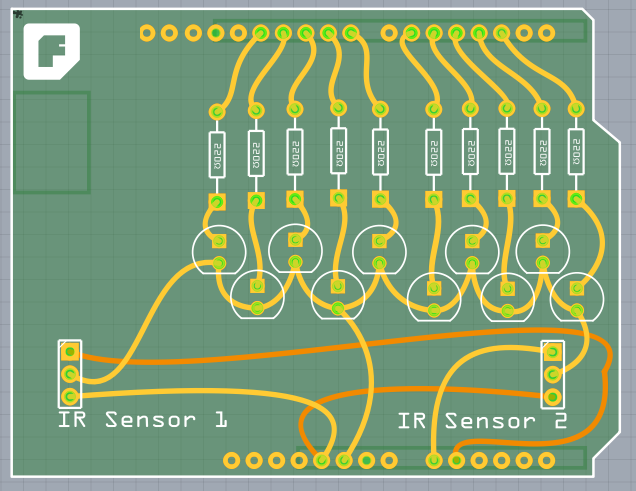